Home Nutrition Does Creatine Cause Dehydration? 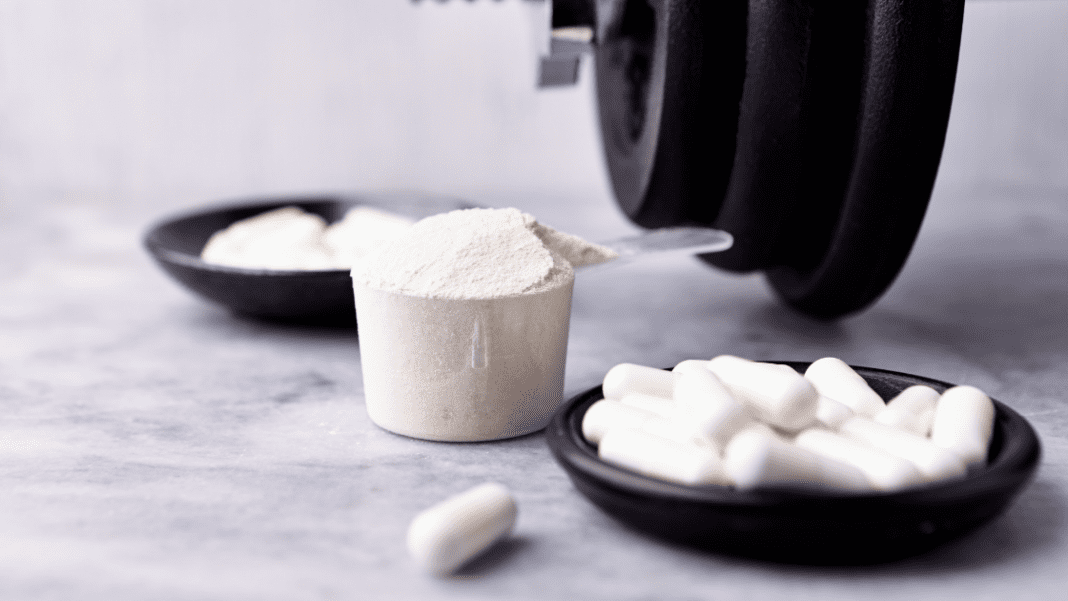 Creatine is one of the most popular supplements used by strength athletes. While it is naturally produced by the body, supplemental creatine is widely available over the counter in several different forms including liquid creatine, creatine monohydrate and creatine hydrochloride.

It’s no surprise why the various forms of creatine supplements are so popular, as it has been shown to increase stamina and boost energy levels as well as promote muscle gain. However, despite the apparent benefits of using creatine supplements, there has been some recent speculation about potentially harmful side effects.

One of the most common concerns that you’ll hear from athletes is whether creatine causes dehydration. Recent studies examining the relationship between creatine and hydration may provide evidence as to whether the super supplement is safe to use.

Creatine is a naturally occurring amino acid that the body produces and stores primarily in the muscle tissue in the form of “phosphocreatine.” This phosphocreatine supplies energy to the muscles that they need in order to perform explosive types of movements. This makes creatine essential for exercises like sprinting, jumping, or weightlifting.

The way that a creatine supplement works is very simple. By supplying additional creatine, your body stores more phosphocreatine in the muscles, which increases the amount of energy that they have available, resulting in increased stamina and more efficient muscle gain. It is important to note, however, that there is a limit to how much phosphocreatine your body can store.

Therefore, taking more than the recommended dosage of a creatine supplement won’t give you better results.

Does creatine cause dehydration?

If creatine occurs naturally in the body, why are there concerns about harmful side effects like dehydration? This concern likely comes from the fact that creatine causes your muscle tissues to retain water. Increasing your creatine levels may, in turn, increase the level of water retained in the muscles.

This is why some athletes will experience weight gain soon after they start taking a creatine supplement. If dehydration does occur, it can lead to symptoms like muscle cramps that can have a negative effect on athletic performance and overall health.

So, does creatine cause dehydration? Here is what the research says:

Other research on the relationship between creatine and dehydration generally presents similar results to the three studies mentioned above. This evidence seems to suggest that creatine does not directly cause or significantly increase the risk for dehydration or muscle cramping. Some research even suggests that creatine may reduce the risk of dehydration and muscular injury.

However, while the research suggests that creatine is safe and effective for most people, it is still wise to take proper precautions. People with certain conditions such as kidney disease may be at risk for certain adverse effects from creatine or other supplements. It is always recommended that you consult your doctor before taking a new supplement to make sure that it is appropriate for you.

Additionally, continuing to drink water throughout the day, especially while exercising, and avoiding consuming excessive amounts of caffeine are best practices to help ensure you stay properly hydrated.

How to Do a Deload Week Without Losing Strength

How Much Protein Should Athletes Eat?